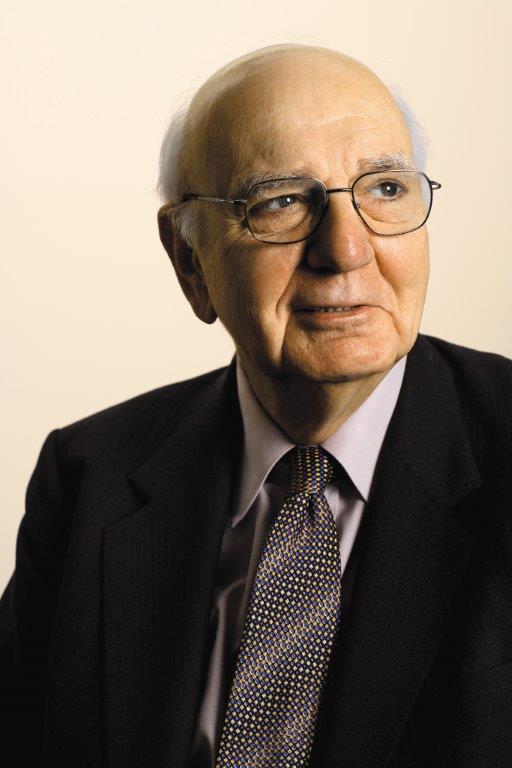 The entire FSVC global family mourns the loss of Paul A. Volcker, our Honorary Chairman, who passed away at age 92. Paul’s extraordinary public career was marked by towering public policy achievement, the highest integrity and commitment to the greater good. The example he set for leadership is timeless. At FSVC, which helps strengthen the financial sectors of emerging market countries, Paul assumed the Co-Chairmanship of the organization in 1998, succeeding Co-Founder Cyrus Vance in that position. Paul continued as Co-Chairman, serving in that capacity with Co-Founder John Whitehead, until 2005. Paul then served as FSVC’s Honorary Chairman until his death. Paul was a profound inspiration to FSVC’s work, and he travelled regularly on FSVC missions to Russia, China and Indonesia, among other places. His counsel was sought by heads of state and government and leaders of global institutions on economic and financial matters large and small.

An example of Paul’s contribution was his instrumental role in guiding FSVC’s work in Indonesia to rebuild the country’s financial sector following the financial crisis of 1998. Paul provided economic and financial policy advice to the Indonesian President at the time, Abdurrahman Wahid, and to the country’s economic and financial leadership during FSVC’s subsequent program to strengthen governance and capacity at the Indonesian Bank Restructuring Agency.

We have lost a dear friend and valued colleague. Paul’s rare combination of intellectual brilliance, humility and humanity will be missed greatly. His commitment to public service will live on in FSVC’s work.