#FSVC30thAnniversary: Building Critical Expertise in Anti-Money Laundering and Combating the Financing of Terrorism 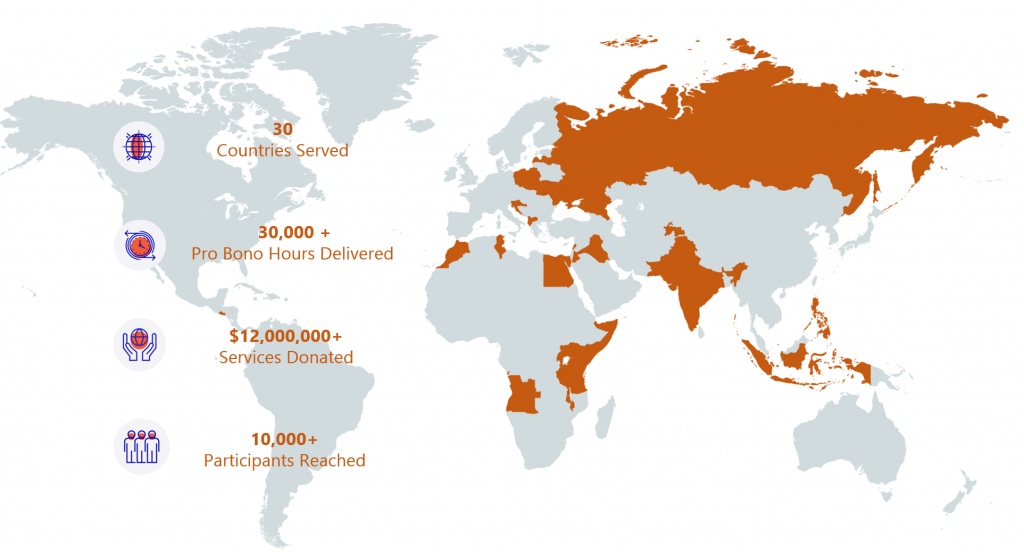 FSVC is celebrating its 30th anniversary this year! We are taking this opportunity to look back at the organization’s in-depth experience in anti-money laundering and combating the financing of terrorism (AML/CFT) in emerging market countries over the years.

FSVC began to tackle the global challenge of AML/CFT after the tragic events of September 11, 2001. This attack, as well as other dramatic terrorist attacks that took place in the early 2000s around the globe, reflected unstable underlying economic conditions and provided an urgent context for FSVC’s work in this area. Reflecting these concerns, FSVC’s first work on AML/CFT took place in Russia, Ukraine, the Philippines, Morocco, and other countries throughout the Middle East and Southeast Asia. FSVC helped strengthen the AML/CFT regimes in these countries on both the public and private sector sides and was able to achieve key results hand-in-hand with counterparts. In the Philippines, for example, FSVC built the capacity of the Revenue Integrity Protection Service to detect, investigate and prosecute ML and corruption cases.  As a result of FSVC’s technical assistance, two prominent military officials who committed ML and grafting were prosecuted. In Morocco, bank supervisors adopted international standards to conduct risk assessments and strengthened their information sharing with other North African jurisdictions, thanks to FSVC’s support.

During the following years, FSVC continued to expand its AML/CFT programs, notably in Indonesia, Malawi, Kenya and Jordan. FSVC helped operationalize the newly created Financial Intelligence Unit (FIU) in Malawi. In East Africa, FSVC worked with FIUs, law enforcement and the private sector in Kenya, Tanzania and Uganda to strengthen the AML/CFT financial chain. Key results included an increase in suspicious transactions report filings; improved capacity of FIUs to adopt a risk-based approach to AML/CFT supervision; and the signing of Memoranda of Understanding to facilitate information-sharing among domestic government agencies and on a regional basis. In Jordan and Dubai, FSVC helped regulators, law enforcement and the judiciary detect and investigate suspicious activity and prosecute ML and terrorist financing (TF) cases. FSVC provided tools to conduct investigations and strengthened AML coordination and data-sharing among regulators, law enforcement and prosecutors.

Building on its extensive global experience and lessons learned, FSVC continues today to work with public and private sector institutions around the world to ensure that relevant stakeholders have the capacity and incentive to meet international standards in AML/CFT. In Somalia, since 2015 with support from the U.S. Department of State’s Bureau of Counterterrorism, FSVC has been working with the Central Bank and local financial institutions (banks, money transfer businesses) to improve their AML supervision and compliance, respectively, and facilitate public-private interaction on AML/CFT issues. In Tajikistan, FSVC is currently implementing a U.S. Embassy-funded program to strengthen the capacity of the FIU and the private sector to detect and report suspicious transactions. In Angola, FSVC is providing technical assistance to the Central Bank and the Banking Association to help the country address weaknesses identified by the Financial Action Task Force (FATF), and ultimately help re-build connections with the international financial system.

“AML/CFT is my favorite topic”, reported Danyelle Gerges, FSVC Regional Director for the Middle East. “At FSVC, we really keep up with the evolution in the field; for example, we now focus more and more on the use of FinTech to combat ML/TF. One of my most memorable projects took place a few years ago in Jordan. We trained regulators, investigators and intelligence officials in social media monitoring to combat ML/TF. Participants were so interested in the project that they could not stop asking questions, and they kept in touch with the volunteer experts long after the end of the activity to ask them how to implement tools to track social media. The relevance and impact of our work are really rewarding”.

Over the years, FSVC has implemented programs to strengthen AML/CFT in 30 countries and provided over $13,000,000 in donated services. FSVC remains dedicated to continuing its mission in this crucially important area.