X
Where We Work
Albania

FSVC received funding from USAID, administered by the Volunteers for Economic Growth Alliance (VEGA) to develop the financial sector in Albania.  Under the FSDP FSVC provides technical assistance to the Bank of Albania (BoA), the Albanian Financial Supervisory Authority (AFSA) and the Albanian Deposit Insurance Authority (ADIA) to enhance their regulatory and operational frameworks.

Through a combination of capacity building missions, drafting of new regulations and procedures, study visits to counterparts in Western Europe and the US, as well as the simulation of potential crisis scenarios, FSVC experts have assisted the three key financial regulators in Albania to achieve and maintain high standards in the area of financial supervision in line with best international practices and in particular EU standards.  The overarching objective is to strengthen the quality of supervision of the Albanian financial sector, to mitigate risks and safeguard financial stability in Albania. 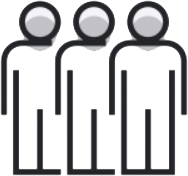 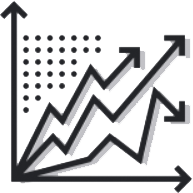 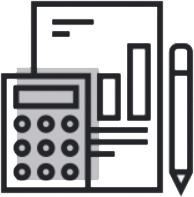 Improving the Bank Supervision Framework and Capacity of BoA

During 2011-2014, BoA worked to introduce a new regulatory framework based on Basel II and relevant European Union (EU) capital requirement directives that would go into effect on December 31, 2014.  With FSVC’s assistance, BoA has been able to enhance its understanding of Basel II capital requirements for credit, market and operational risk, allowing BoA staff to draft new rules based on the Basel framework.  BoA staff have also gained practical experience through study visits at European central banks, which will allow them to successfully supervise the implementation of the new Basel II rules by the Albanian banking system.  The introduction of Basel standards constitutes a major reform with vast repercussions for the financial system of a country.  It will ensure better risk management in the Albanian banking system, aligning it more closely with international standards.  Moreover, the adoption of Basel standards will enhance the financial stability of the Albanian banking sector and reduce systemic risk.

BoA has no practical experience with bank resolution.  No banks have ever failed in the relatively short history of Albania’s private banking system.  Nevertheless, significant threats arising from the international financial system have imposed the need for an efficient bank resolution regime.  FSVC’s volunteer experts, including a number of experts from the United States Federal Deposit Insurance Corporation (FDIC), have provided trainings on bank resolutions and consultations on the legal, regulatory and policy framework for bank resolutions in Albania.  The projects have resulted in the identification of critical weaknesses and recommendations to close these gaps.  With the expertise gained from FSVC’s assistance, BoA has undertaken significant legal and regulatory changes to enhance its resolution framework in line with EU standards, including the introduction of important resolution instruments such as bridge bank resolution structures and the adoption of the EU Bank Recovery and Resolution Directive (BRRD).

After 2008, the Albanian banking system experienced a period of rapidly increasing NPLs which has significantly impaired banks’ balance sheets and their capability to continue lending to the economy.  As a result of FSVC’s assistance, BoA has improved its credit risk evaluation capabilities, while both BoA and commercial banks have increased the effectiveness of their early prevention, identification and assessment of problem loans, as well as NPL workout techniques, including restructuring.  Recently, the rise in NPLs within Albania has been halted.  While an increase or decrease in NPLs can be attributed to a variety of factors, the training provided by FSVC has contributed to BoA’s risk assessment capabilities required to curb both the stock and flow of NPLs.

The adoption of IFRS for regulatory purposes has been a long-term goal of BoA, identified in the IMF’s 2005 Financial Sector Assessment Program (FSAP) recommendations, and reiterated again in the 2013 FSAP report.  With FSVC’s assistance, BoA has obtained a new reporting methodology for banks based on IFRS and a corresponding chart of accounts.  Furthermore, staff from BoA and commercial banks are now better equipped to review IFRS-based regulatory reporting.  The infrastructure to finally adopt IFRS for banking supervision purposes is ready thanks to FSVC’s assistance, and the timing of officially switching from the local GAAP to IFRS is now only a matter of political will by the authorities.

After a major fraud event in BoA’s treasury in 2014, BoA requested FSVC’s assistance to address deficiencies in its internal audit framework.  Based on FSVC’s assistance, BoA has identified key measures needed to improve its internal controls and prevent similar costly incidents in the future.  The BoA  implemented changes, including the nomination of three Supervisory Council members to an audit committee, which has greatly enhanced the quality of the Supervisory Council’s oversight of BoA’s internal audit procedures.  FSVC has also assisted the BoA enhance its recently introduced operational risk and business continuity  frameworks, which will further increase the bank’s resilience to disruptive events.

Since 2011, FSVC has been assisting AFSA to build an early warning system (EWS) which will utilize specific indicators to quantify risk levels within insurance companies and thus be able to recognize problem entities earlier and prioritize intervention as well as determine the need for on-site supervision.  Once the system is finalized, it will strengthen AFSA’s supervisory capabilities so that the institution can take preventative measures against potential risks which could endanger the insurance sector.  While the system is still being tested, AFSA management has attributed the system’s successful design and implementation process to FSVC volunteer experts.

A new risk-based supervision methodology for the insurance sector has strengthened AFSA’s capacity to assess various risks.  To support this methodology, FSVC has provided on-the-job training to AFSA examiners by assisting them during their first examination of a large insurance company, using the new risk-based approach.  As a result, AFSA was provided with immediate recommendations on how to strengthen the current examination process and strategies to implement the risk-based supervision approach effectively in the long-term.  FSVC provided additional technical assistance through a practical workshop for the risk managers and actuaries of insurance companies and AFSA.

An assessment of Albania’s compliance with Insurance Core Principles (ICP) by the WB and Financial Action Task Force on Money Laundering (FATF) found that AFSA needed to establish and implement an adequate legal framework for identifying, tracing and freezing terrorist assets as well as enhancing the framework for international cooperation.  FSVC provided consultations and recommendations to AFSA staff on the Law on AML, Law on Insurance and on how to restructure staff duties to include AML/CFT supervision.  Working alongside AFSA staff, FSVC volunteer experts assisted AFSA in drafting an AML inspection manual which will outline the necessary procedures for conducting an on-site inspection in line with international best practices and standards.

Investment funds have been increasing significantly in Albania over the recent years, and they now dominate the non-bank financial sector supervised by AFSA.  Considering their increasing market share and interconnectedness with the banking system, FSVC has assisted the AFSA develop a crisis management framework for investment funds.  On the other hand, FSVC has assisted AFSA and BoA develop a supervisory cooperation protocol that will enhance information sharing and enable concerted supervisory action by both regulators to mitigate risks stemming from the supervised entities’ operation.

With FSVC’s assistance, ADIA has significantly improved its capacity to fulfill its legal mandate.  Based on FSVC volunteer recommendations, it has built a state-of-the-art automated system of premium verification of insured deposits, which has greatly enhanced its data collection process.  Based on a strategic plan designed by FSVC volunteer experts, ADIA has also implemented major organizational reforms, improved its investment management process and raised public awareness of the deposit insurance scheme.  Additional technical assistance provided by FSVC has also enabled ADIA to develop a compensation manual, structuring the depositor compensation procedures, which has improved public confidence.  ADIA now has the capabilities to collect bank insurance premiums and a strategy in place for depositors in the event of a bank failure.

Back to Albania page
VIDEOS 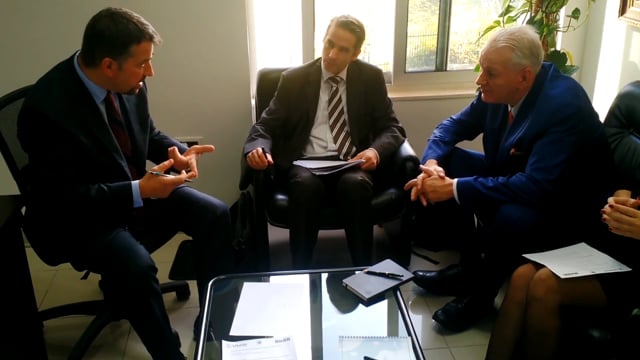 MORE ABOUT THIS PROGRAM

FSVC Monthly Update - Roundtable between the Government and Civil Society in Niger, Webinar for Startups in Algeria and More!