Dear Members of the FSVC Community,

During these trying times, our foremost concern at FSVC is with the health and safety of people everywhere, including all members of our community and our counterparts around the world. With courage, faith and mindful, concerted efforts, we will get through this challenging period, and there will be better times ahead.

This is a most challenging time for our counterparts, as many developing and emerging market countries are facing a crisis of at least two stages. In the first and current stage, many central banks and broader financial sectors are working to maintain payments and other basic financial services as their countries struggle to contain the health crisis. During a second stage that may envelop many countries a few weeks or months from now, a severe recession could place enormous strain on banking and financial sectors, and effective actions will be needed to mitigate the negative consequences. We at FSVC are working hard to identify ways in which we can be helpful to our counterparts as they cope with both the current challenges and the ones they are likely to face soon, and we are in touch with many of them now.

Our New York-based staff members are working remotely, as are our field staff. Although we have temporarily curtailed most regular program activity, we are looking actively at the possibility of continuing some planned projects on a remote basis. If we can deliver a particular training program or consultation by video conference, we are ready to do so. We are eager to resume normal program activity as quickly as the situation improves, which I hope will be very soon.

FSVC remains committed to providing timely and tailored expert assistance to countries across the emerging market world that seek our help. We are deeply grateful for your support as we strive to carry out our mission at this critical time.

Somalia: Training Commercial Banks in Anti-Money Laundering and Combating the Financing of Terrorism

Somalia is a fragile state at the forefront of anti-money laundering and combating the financing of terrorism (AML/CFT) efforts due to the presence of the terrorist group Al-Shabaab. FSVC has been providing technical assistance to the Central Bank of Somalia (CBS), commercial banks and money transfer businesses since 2016 to build their capacity to identify, report and investigate money laundering/terrorism financing activities.

As part of this program, in February, FSVC organized trainings in Mogadishu for bank tellers as well as managers and compliance officers of commercial banks. The CBS, with the supervision and guidance of FSVC Mentors Jackson Madzima and Mohamed Adam, led the training. The CBS and FSVC trainers explained the process of filing Suspicious Transactions Reports (STRs) to the Financial Reporting Center, and described the steps needed to deliver the STRs to the competent authority.

The Governor of the Central Bank of Somalia, Abdirahman Mohamed Abdullahi, attended the closing ceremony. He stressed that tellers are the public image of Somalia’s financial institutions. The Governor also commended FSVC for its active support of capacity-building efforts at the CBS. 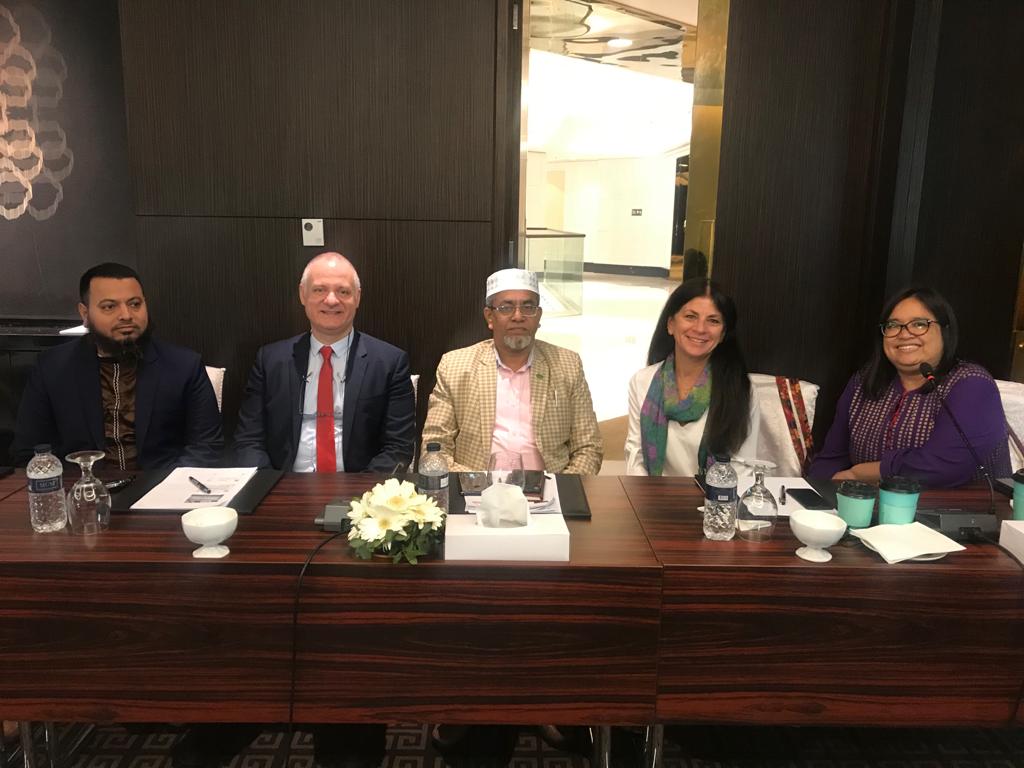 To ensure that citizens understand the role of Union Parishads, and that local budgets are responsive to citizens’ needs, in February, FSVC held consultations with 11 Union Parishad Chairmen and representatives from 10 civil society organizations (CSOs) to discuss how best to inform citizens of a Union Parishad’s mandate and budget spending. During the consultations, FSVC also helped participants develop a local Citizens Budget template to communicate information about local budgets with citizens in a non-technical format.

Thanks to FSVC’s support, Union Parishads now have a Citizens Budget template that is easy to edit and was developed in a consultative, participatory manner with local CSOs. Distributing a clear, accessible Citizens Budget is a critical step for citizen engagement in the budget process.

On February 28, FSVC organized a reception with the U.S. Embassy in Tunisia, and representatives from the Tunisian government, CSOs and small businesses to celebrate the tenth anniversary of FSVC’s work in Tunisia.

Since 2011, FSVC has successfully implemented six different programs in Tunisia on topics ranging from AML/CFT to entrepreneurship and access to open data. Over the years, FSVC has built in-depth knowledge of the Tunisian financial sector and strong relationships with counterparts from the public and private sectors. This unique position has enabled FSVC to design and implement impact-oriented, sustainable programs that have supported the economic and political transition in Tunisia since its revolution in 2011.

“The American Government is proud to count FSVC as a partner and an ally,” said Gregory LoGerfo, Chargé d’Affaires at the U.S. Embassy in Tunisia. “We applaud you for the impact of all your efforts on private sector development and economic growth.”

The FSVC family congratulates Board Member Bill Burns on the paperback publication of his new book,  The Back Channel: A Memoir of American Diplomacy and the Case for its Renewal. (B y clicking on this link, you can purchase the paperback version from Amazon.)

Ambassador Burns, President of the Carnegie Endowment for International Peace, was formerly U.S. Deputy Secretary of State. In his memoir, Ambassador Burns shares his insights and ideas about the past and future of American diplomacy. Drawing on a trove of newly declassified cables and memos, he gives readers a rare inside look at American diplomacy in action.

Over his 33-year career as a foreign service officer, Ambassador Burns played a central role in the most consequential diplomatic episodes of his time, from the end of the Cold War to U.S. relations with Putin’s Russia, from post–9/11 tumult in the Middle East to the secret nuclear talks with Iran.

His book has been widely acclaimed in the  New York Times ,  Financial Times ,  Atlantic Monthly  and elsewhere, and we highly recommend  The Back Channel  as an important and compelling read.